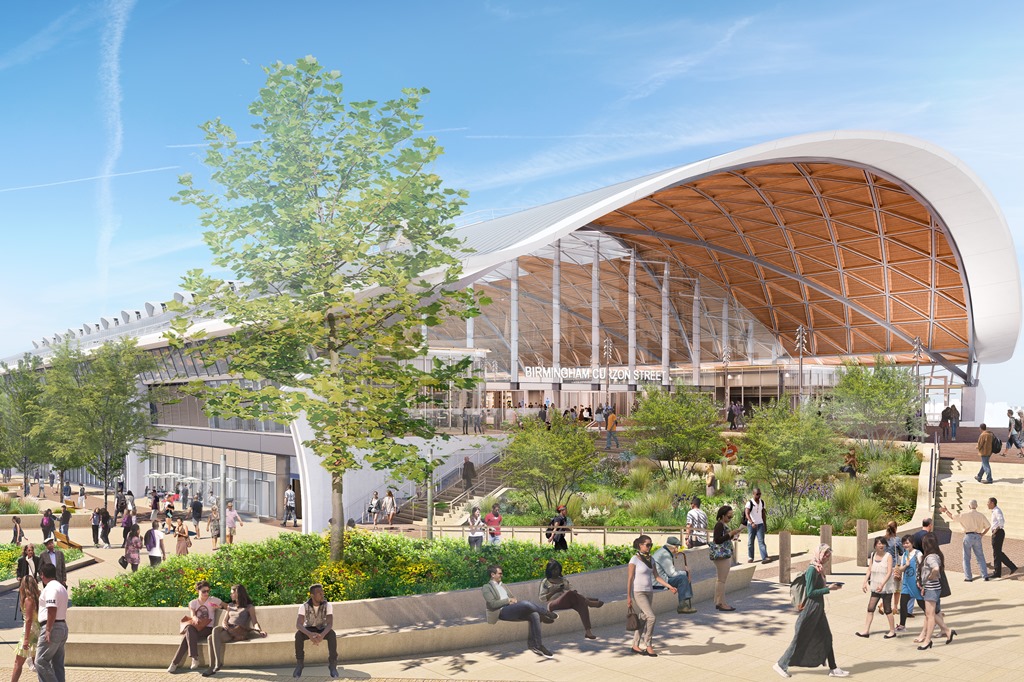 Birmingham Curzon Street Station, designed by WSP and Grimshaw The contract is valued at £ 570m for the joint venture, which will work with HS2 Ltd in two phases, first to finalize the detailed design and then build the station on Curzon Street. Mace Dragados also owns a £ 1.3bn contract for the Euston HS2 station in Lonodn, which was awarded in 2019. Birmingham Curzon Street, HS2 station in downtown Birmingham, was designed by WSP and Grimshaw Architects to be carbon-free in operation. Rainwater harvesting and sustainable power generation, with more than 2,800 square meters of solar panels on the podium blinds. Mace and Dragados have also worked together previously on the renovation of Birmingham New Street and Battersea Power Station (Phase 2) and on the Spanish high-speed rail network, including the new Madrid Atocha and Barcelona Sants stations. BAM Ferrovial (a joint venture consisting of BAM Nuttall and Ferrovial Construction) and Laing O’Rourke Construction are also shortlisted or contracted. Mark Thurston, CEO of HS2 Ltd, said: “Birmingham Curzon is at the heart of the HS2 project and provides a great station for trains running in the heart of the city center. The station will play a vital role in the West Midlands’ long-term economic future, creating hundreds of jobs during construction And it boosts the area after the pandemic. “Mace and Dragados have some incredible experience delivering some of the most challenging and exciting infrastructure projects in the world, and I look forward to welcoming them to the team.” HS2 worked with WSP and Grimshaw Architects LLP to design Curzon Street, which is inspired by the roofs The magnificent arch built by Victorian railroad pioneers.The design takes that inspiration into the 21st century, ensuring accessibility and a focus on the open space and the surrounding landscape. An archaeological program of 70 archaeologists discovered the oldest circular railway building in the world Do you have a story? Email [email protected]