Oakervee and Masterton to assess the viability of fixed connectivity... 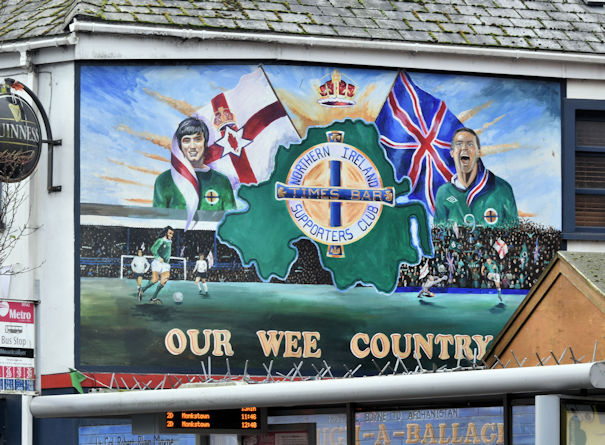 © Albert Bridge, licensed for reuse under a Creative Commons license, Professors Doug O’Curvey and Gordon Masterton are tasked with exploring a fixed connection in Northern Ireland by Network Rail President Sir Peter Hendy, who is personally leading a broader review of UK transport connections to the government. The Hendy’s Union Connectivity Review interim report identifies a set of priorities that must be explored, including: communications improvements for passengers from HS2 to Scotland and Northeast Wales, improvement of the main line, the upgrade of the A75 from the ferry port in Cairnryan to the M6 ​​corridor in order to ease freight and passengers To and from Northern Ireland from congestion on the M4 Corridor in South Wales, port capacity at Holyhead has increased, with improved connections from Anglesey to the mainland. Nevertheless, two prominent engineers were subcontracted to assess the prospects for a firm connection between Northern Ireland and Great Britain. He said, “I have asked two experts, Professor Douglas Okurphy CBE and Professor Gordon Masterton OBE, to lead a separate part of the work,” “with the assistance of engineering consultants, to assess the feasibility of such a link, and the cost of a scheme and schedule for the engagement and the associated work required.” Doug O’Curvey is the former head of both HS2 and Crossrail and was the 139th president of the Institute of Civil Engineers. He was the Chief Engineer for the Hong Kong Mass Transportation Railway and was the Project Manager for the Hong Kong International Airport at Chek Lap Kok. He also conducted the HS2 review of the Prime Minister in January 2020, after previously advising Boris Johnson on his aspirations for a new London airport in the Thames Estuary. Gordon Masterson is a former Vice President of Jacobs Engineering and was also a former President of the Institute of Civil Engineers and of the Institute of Engineers and Shipbuilders in Scotland. He is a former President of the Building Industry Council and the founder and current President of the Scottish Engineering Hall of Fame. He was a UK government project representative at Crossrail and chairing the Independent Warranty Committee for HS2 High Speed ​​Rail Link. He is Chair of Future Infrastructure at the University of Edinburgh. Not everyone is interested in the idea. “The pipe dream bridge between the North and Scotland is a smokescreen of the Brexit repercussions among trade unionists who designed it on both sides of the Irish Sea,” said Michelle O’Neill, Vice President of Sinn Féin, Deputy Prime Minister for Northern Ireland. Do you have a story? Email [email protected]